Part of every wilderness travel phase of an adventure should be to test the Adventurers' mettle. Scenes of travel through an uncivilised environment should be about gauging the protagonists' reactions to crises, and their creativity and ingenuity in coming up with solutions to problems brought about by the environment.

This article looks at the fine art of making it from start to finish, without your Adventurers getting dead at any point along the way. 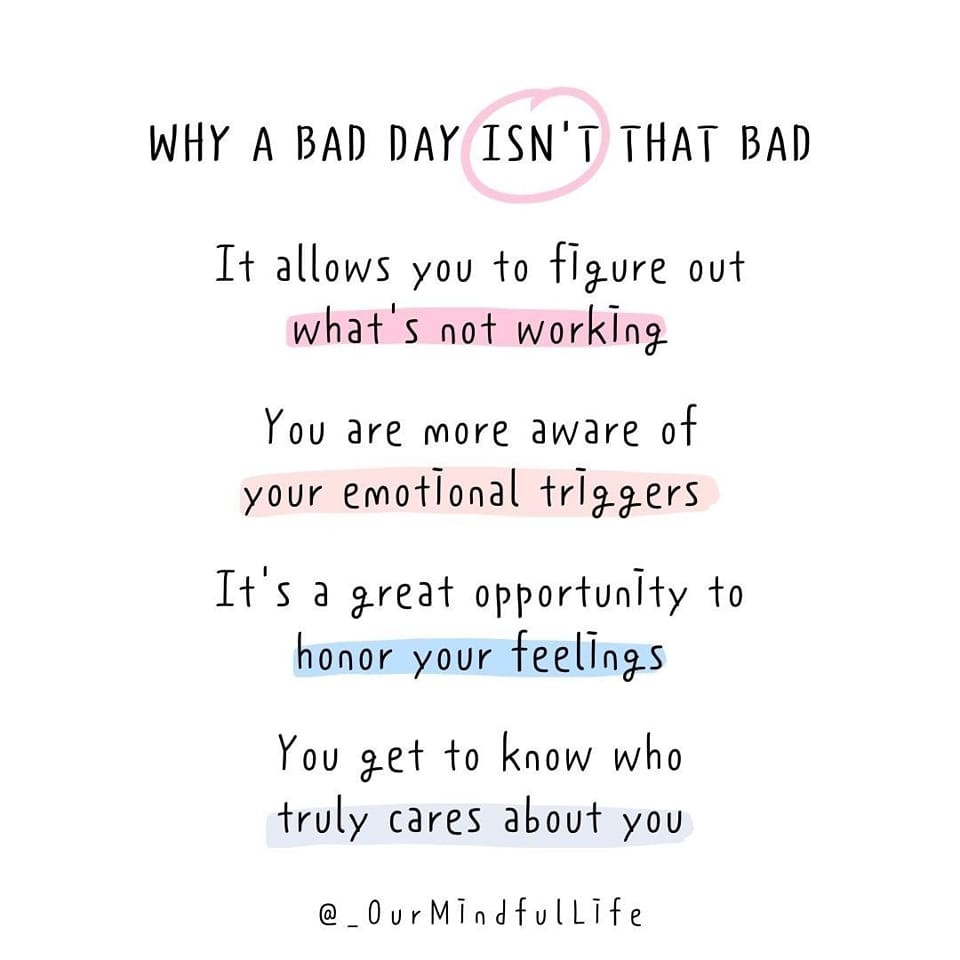 There is a gulf of difference between a "wilderness survival" scenario and a "hike scenario" where the adventure takes place at the end of the hike (or perhaps the middle - you do have to go back home, don't you?)

The following steps are taken from real world wilderness survival situations, adapted to a roleplaying situation.  This does involve simplifying decisions made to die rolls and their results, and skill checks, and fatigue. However, this is a necessary step to including survival challenges in a roleplaying game - specifically, Mythras.

Communicate: Adventurers could just up sticks and head off to the Great Unknown. Chances are, those are the Adventurers who enter the annals of legend for disappearing, never to be heard of again.

In game terms, this means Oratory. The team leader's greatest responsibility is to ensure that everybody gets out of the wilderness alive. That means boosting morale, fostering a sense of optimism, and ensuring that survival is a shared burden where the most capable do their best to help the least, and hopefully to teach them to catch up so the burden can be lessened.

Oratory may be applied, furthermore, to calm the team. When you are thrust into a survival situation, the last thing on your mind should be to panic. The first action of every team member is to become calm, or to remain calm. The team leader should perform an Oratory check to allow the team members, if necessary, to make an immediate Easy Willpower check. If the Oratory fails or fumbles, it is a Standard check because even if the team leader botches the pep talk, their intent to calm the gang and get their heads on straight is still clear. And other team members whose heads are on straight can augment all of the rest of the team members with their Oratory and/or Influence skills.

Assess Situation: The Combat Action Assess Situation is the most vital first proactive step to survival. The team needs to focus on assessing their situation immediately. This includes assessment of the terrain for shelter; assesment of possible sources of fuel for the fire; assessment of the team's provisions, medical supplies, tools and equipment; assessment of possible local sources of food, herbal medicines, and clean water; and finally, orientation - an attempt to establish where they are and what direction to travel to the nearest civilisation, wherever that may be.

Inventory: The next step is to inventory what everybody has on their person. Food, water, medicines, bedrolls, tents, tools, other kits. If someone brought along a wood axe and a saw, they can cut branches off to make shelter structures and erect makeshift tents. Wax can proof clothes and tarpaulins against the rain, and so on. The team leader should receive everybody's inventories.

Plan: Once assessments are made, the team leader can work with the team to create a plan for survival. These include:-

Terrain: The best place to set up camp. Survival, Perception, and Locale are the key skills here - Survival to assess the prevailing winds and temperatures, Perception to take stock of possible hazards such as setting up camp too close to a cliff, or underneath a cliff which could be prone to landslides; and Locale, to establish any natural hazards in the area such as ants' nests, beehives, poisonous plants, nettles, thistles, or thorny / spiny plants, not to mention native fauna which could be problematical such as bears, wolves, honey badgers, wolverines, warthogs, and so on.

Shelter: Knowing how to set up windbreaks against the prevailing winds, either using the team's resources or assembling them from natural materials. Survival, Engineering, and Locale are the key skills. These skills are now used proactively rather than passively, to build the structures rather than to assess and plan. By this stage, the team should be certain about what to do, and ready to help the inexperienced.

Fire: The next stage is to gather that fuel and build that fire. The charatcers' firelighting kits could be as basic as a leather bag with a bit of flint and a mass of down and human hair. Human hair is a highly effective form of kindling. Survival skill includes methods used to light fires and to keep them going, not to mention extinguishing them safely.

Water: Adventurers can only go three days without water. Survival and Locale are the key skills here: if they are surrounded by plant life, there must be water somewhere (Locale), so they need to find it and extract it in a usable form (Survival). That fire is important here, because you'll need it to boil that water. Survival skill also includes techniques to create other water-collecting tools such as solar stills, and so on.

Food: The Adventurers will need a rationing plan for the food they have with them. The team leader can designate one of the team as being the team's larder and carry all of their food supplies, or distribute the rations to ensure that those who brought the least food with them be given as much of a chance to survive as the one who brought along a feast.

Then there is Nature's larder: and the team's greatest asset here is the Adventurer with the highest Locale and Track skills, not to mention Survival to set game traps.

Save the alcohol for treating injuries and disinfecting wounds.

Setting Up Watches: The team leader can set up watches; who can sleep, who can keep watch. Half the team sleeps from about sunset, relieving the other half which beds down at midnight. Everyone gets up at sunrise to rekindle the fire and see what they can do to get a good breakfast going.

The first steps are to establish a camp and form a plan of action. The next step is to execute that action.

Orientation: Local landmarks need to be surveyed, and the cardinal directions established. Navigation is the key skill here - even if the team has an accurate map, it is useless unless somebody knows what direction north is, which means navigating by the stars. Locale can provide some aid during the day - some plants, such as compass plants, flourish more on the south side, where the sunlight is strongest; and certain species of termites build their nests as odd ridgelike structures in parallel rows along a north-south direction, for heat regulation of their nests: the ridges are fins, capturing the maximum warmth of the sun in the morning and evening, and providing a minimal surface ares to the sun at midday to prevent the nest from overheating.

As Games Master, you can place such compass plants and animals within your setting to give Adventurers something to look for.

Signalling: If the Adventurers are stranded, rather than trekking (making their way somewhere, or returning home from a place), they may need some means of signalling others to show that they are alive and seeking help. Survival helps here; fires can be made smoky with damp grass to provide smoke signals, and shiny metal can be used to reflect light as far as the horizon, which can be used to signal people at a distance. Survival skill can also provide other methods to signal rescuers or to lay down a trail for them to follow.

Movement: Look for a road or a trail. Not an animal trail, but something laid down by people. Once you are on a road, you will know that it leads somewhere - even if that somewhere is an abandoned place, it can provide shelter and a direction from which to go (back down the road).

Keeping Up Spirits: It is essential to keep the team's spirits positive. Sing while marching. Stop along the way to forage, if the opportunity arises. Send a scout ahead, but not too far, to see what's around the bend. Keep encouraging the less experienced. Show them basic survival techniques such as firelighting and knot tying. Games Masters, you would do well to look for books on survival and scouting. They know their stuff. Do Your Best, and all that. Oratory is possibly the best survival skill of all in this situation, because it keeps the team together, gives them something to do to stave off despair, and most of all it trains the team members to stop thinking of themselves as individuals but rather part of a team.

Reassess: Never stop assessing the situation. The most essential part of surviving is adaptation. And adaptation requires current knowledge. Survival requires that the team always knows where they are, where they are going, and what new hazards present themselves. Example: Rain on the distant horizon may not mean much, but if the characters are in a dry gulch they may need to get to high ground, because the gulch is there for a reason - it is a channel for flash floods. Perception or Lore (geology) can look for the signs that the gulch is prone to frequent flash floods (water-rounded rocks, erosion marks on the sides of the gulch, signs of recent activity as far back as the last rainy season, and so on).

Journal: In-game, an Adventurer can keep busy by keeping a journal going, if they have Literacy skill. This will help the team leader to keep track of where they have been and where they are, and to plan for where they are going. It is also good for morale. If the Player (and/or Games Master) can draw or sketch their imaginations, this too can be added to the record, as well as serving as aide memoire and inspiration for later game sessions.

Group Luck Points: If all else fails, there are always Luck Points. In this case, never use Luck Points to "reverse the die roll," changing a 62 into a 26 or something. That's just weak/ You're holding back on the true potential of Luck Points.

Luck Points should always be spent on allowing the team members to automatically avoid hazards and get out with their skins intact. All of them. Together.

The aim of wilderness survival is to get back home, safe and sound. Assuming they have managed to do so, the last stage of every survival adventure is to learn. Games Masters, it would be entirely appropriate to ensure that, at the very least, everybody gets a free Experience Roll to place on any of the following skills: Endurance, Locale, Navigation, Oratory, Perception, Track, or Survival. It's okay to ive them all an automatic Experience Roll in Survival anyway. They will have earned it, particularly if they helped others on the trail.

The team's Players must be allowed to look back on this experience. A survival experience should never be taken lightly, or forgotten easily. If the team Players can see the beneficial effects of collaboration, cooperation and sharing - in the form of augmentation of one another's skill checks, for example - then this can be as much a learning experience in forging a group's identity to the Players as to their Adventurers.

Wilderness scenes need not be a boring string of random monster encounters fought to the death on the way to the dungeon. That is an obsolete mode of gaming, whose legacy lives on in the form of video games. You are playing Mythras. You can do so much more with this game than try to run it like D&D.