Enter a fantastic world unlike any other you may have encountered before. A world of larger-than-life characters and situations. A world of pomp and beauty. A world written with love, where passions can often accomplish more than weapons.

Welcome to The Elder Isles; the Ten Kingdoms. Welcome to Lyonesse.

Based on the award-winning fantasy trilogy* by one of Science Fiction and Fantasy's greatest wordsmiths, Lyonesse transports you to the Elder Isles ... 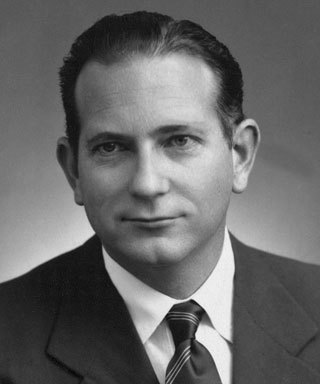 The late Jack Vance (1916-08-28 - 2013-05-26) was an author of fantasy, science fiction, and mystery stories. Born John Holbrook Vance, he created numerous settings which have become well-loved among their fans, notably the Lyonesse and Dying Earth settings.

Vance's Dying Earth setting was an inspiration for many of the magic systems found in tabletop fantasy roleplaying games. Spells with evocative titles such as Whimsy's Marvellous Bloviation, which expunge their formulae from the mind once cast, originated from the pen of this American author. The fantastic wonders known as IOUN Stones also originated with Vance's Dying Earth.

And then there are the three books of Lyonesse - Suldrun’s Garden, The Green Pearl, and Madouc. This epic tale is a rolling story of ambition, and passion, and exploration. The unique setting is quirky, larger than life, and colourful. Pageantry and ceremony abound. Protagonists are heroic. Antagonists are narcissistic and cynical. And despite terrible trials and tribulations, ultimately the noble and heroic protagonists prevail.

The Mythras sourcebook Lyonesse, by Dominic Mooney, Dave Morris, Pete Nash, Mark Shirley and Lawrence Whitaker, with Viktor Haag, presents the setting of Lyonesse as a venue for tabletop roleplaying. Players take on the role of Adventurers in the Elder Isles, in the time period where the ambitious King Casmir is hatching his schemes.

This book, which weighs in at more than 500 pages, covers the following sections: an Introduction, which goes over a basic introduction of how tabletop roleplaying games work and the basic things you need to pley (you know, dice, pen, paper, and so on); a summary of each book of The Lyonesse Saga and the main characters; a history of the archipelago known as the Elder Isles; a chapter which details the Ten Kingdoms important to the Lyonesse saga - geography, history, people, politics, and culture. The book then describes the societies & religion in more detail, illustrating peculiarities of each of the Kingdoms, their cultures and religions.

The next chapter, Chapter 6, focuses on character creation, and this is the first part of the book which covers explicit game mechanics. The crunchy matter continues in Skills (Chapter 7); Passions, Oaths, & Luck (Chapter 8), and Economics.

Chapter 10, Towns, Villages, and Feasts, allows the creation of unique and quirky towns and villages. This chapter also boasts one of the greatest rules sets to be found in any roleplaying game - The Vancian Meal Generator, emulating Jack Vance's passion for describing the most sumptuous feasts found in any fantasy setting, and a subgame in its own right. Seriously, you could use this Meal Generator to create descriptions for banquets fit for gods, and forget about all that mucking about with swords.

The book returns to crunch with a look at the game system (Chapter 11), and combat (Chapter 12). These rules cover circumstances such as damage sustained by defenestration, jousting, and crossing swords with brigands and ogres.

Next is Chapter 13, dedicated to Lyonesse's magic systems. Magic is either Faerie Magic or Sandestin Magic. These are equivalent to Folk Magic and Sorcery, and Sandestin Magic requires the intercession of extraplanar entities called sandestins.

Chapter 14 is a bestiary, and Chapter 15 covers other worlds and parallels, allowing characters to visit and explore those unique realms.

The last two chapters list the series' Heroes and Villains, and cover notes for the Games Master on how to create, organise, and run adventures and campaigns set in the Elder Isles.

Why Should You Play This Game?

Lyonesse presents a world of sweeping, epic adventures, set in a carefully-crafted, lovingly-described realm. Your characters can have bizarre origins - they can be the creations of sorcery, or have faerie blood, for instance. Adventures could range from the characters attempting to find out who their birth parents were, to seeking justice or righteous vengeance, to exploring dangerous regions and battling ogres, to overcoming familial curses, or to preparing sumptuous feasts for visiting dignitaries renowned for their many appetites.

Support For The Line

Lyonesse has a couple of supplements, sold separately, to allow you to enter this world of wonders. Coddifut's Stipule and In High Dudgeon serve as introductions as to how the realm (and the rules) work. Coddifut's Stipule emerged before Lyonesse, and served as a taster for the main book. In High Dudgeon is a full adventure, which involves the Adventurers being plunged into the midst of a long-standing feud between two villages, High Dudgeon and Low Dudgeon. Both adventures have mysteries to solve. Coddifut's Stipule has enough information to allow it to be played with just the Mythras Core Rulebook, and it not only serves as a good introduction to Lyonesse, but to Mythras and to roleplaying.

This setting is truly fantastical. Adventuring in Lyonesse is lighthearted, yet at the same time deadly serious. The Elder Isles encourage the Passions, taunt the senses, and stretch the Gamesmaster's descriptive vocabulary to its limit. Don't use plain language where florid, fancy language will do. Capitalise Every Word, If You Have To. Lyonesse is opera, high comedy, romance, poetry, and above all epic adventure. The setting is not a time for characters to be timid. Boldness is the key to winning the adventures. You will either succeed with a flourish, and your praises sung throughout the Ten Kingdoms; or you will fail magnificently, and your fall be the talk of generations as generals and leaders take the lessons of your hilarious failures to heart.

Above all, Lyonesse rewards magnificence and magniloquence. Stand proud; stride boldly; and hold grand, sweeping visions in your mind as you enthrall people with your plans. Then sit down and feast until your belly is practically bursting. Always be graceful; never be vulgar.

Act like the world of Lyonesse is yours for the taking, and you might just hear chuckling from far up above; Jack Vance looking down approvingly at your attempts to keep the spirit of his ornate, over-the-top legacy alive.