Imagine a compelling game involving your character and a strange, motley crew of ragtag colonists, aliens, criminals on the run, psychics who are trying to kick the habit, and even a cyborg and an android. Maybe even a hologram character ...

Your ship is massive. It's organic, like Tin Man or the Lexx. Its fuel is exotic particles absorbed from the local star. And the occasional asteroid and comet or small planetoid. Your adventures have you dropping in on some solar system, and you remain there for a week while your ship charges up for its next FTL transit. You're explorers, but you're not working for some paramilitary; nor are you some commercial endeavour, grubbing for money, negotiating with brokers for freight cargos and passengers.

This is not Traveller. This is Frostbyte Books' M-Space. The stars you touch here are very different. Your ship sings to them. And some of them answer back.

Welcome to part 3 of our look at M-Space. And in a packed blog post tonight, we will be looking further at the basic game systems, expanding upon the cursory scrutiny we gave the Game Systems chapter last week with a look at Extended Conflicts and Spot Rules.

So you basically roll the target number or less on a d100. 01-05 is an automatic success; 96-00 is an automatic fail. That's basically it. You don't need criticals and fumbles, though the mechanics are described here for use only when the results are to be entertaining.

The game can be very simple to play. The next part is the rules section for opposed rules, but hold that thought till you get to Extended Conflicts below.

And differential rolls are used mainly in various kinds of combat - physical combat, psychic combat, social combat, danceoffs. You know the drill. Again, though, check out page 42, to which we will be coming shortly.

Luck Points are contentious. Does science fiction need luck? SF really needs to be run on logic. Your characters should not rely on some deus ex machina dropping a pocket franistan on the road right in front of the characters. However, Luck Points are useful in mitigating poor player choices or lousy dice rolls, if the GM does not understand the fine art of fudging. And again, if a fumble is more entertaining, save the Luck Points, and go with the consequences of either a complete calamity or a win with a cost.

The next two parts cover game time - see the sidebar on page 37 for examples - and a section on injuries and healing.

The section on character improvement rounds off this section. Here is where M-Space shines compared to Traveller - the latter game does not really reward characters with a lot of improvement. Your characters must spend weeks of in-Jump training to build themselves up; and there is a strict limit to how many skill levels they can have. M-Space uses the Mythras model for skill improvement, relying on Experience Rolls to build skills by increments. Since the increments are measured in percentiles, progression feels less granular, and one gets a sense of accomplishment with each adventure.

So now you've familiarised yourself with the basic system rules, time to move on to the next section. Yaay, it's Extended Conflicts. 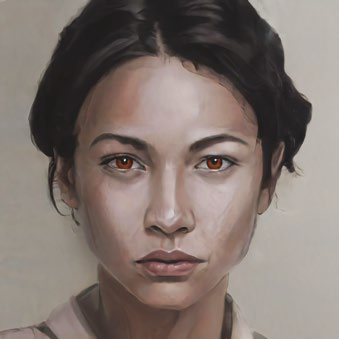 This is the most versatile conflict resolution engine I have seen. This is something you can use for an extended haggling session with some store vendor (Commerce versus Commerce), for fast talking through red tape (Deceit versus Bureaucracy), for SERE (Track versus Evade), or for any kind of social conflict.

There is an example of an extended conflict given - Nedra in a heated argument with Egil. But let's make things more interesting - Joanne and Alexandra in a conflict of mind versus mind, where Alexandra is attempting to hypnotise Joanne. Joanne has a Willpower of 67% and Alexandra's Influence skill is 76%. Joanne's INT is 13; Alexandra's CHA is 16. That gives them Conflict Pools of 13 and 16 respectively. Joanne is resisting Alexandra's hypnotic skills by sheer Willpower and intellect.

So the basic rule is that both protagonist and antagonist roll their skills. If both succeed, the highest rolled success wins that round.

Round 1, Joanne wins easily, rolling a 66 to Alexandra's 40. Joanne can take a bite out of Alexandra's magnetic charisma. Joanne's player rolls 3. Ouch. Alexandra's pool is now the same as Joanne's. Alexandra is outwardly unaffected, however, and presses on with her attempt to hypnotise Joanne.

Round 2, both succeed again. Joanne's roll is 23, and Alexandra's 70. As the winner of the round, Alexandra carves 5 points off Joanne's pool, reducing it to 8 to her 13.

Round 3, Joanne fails her roll, and so does Alexandra. Neither make any headway that round.

Round 4, Joanne fails her roll, and Alexandra succeeds. Alexandra slices off a full 6 points from Joanne's pool, reducing it to 2. Since this is less than half of Joanne's full pool, her next Willpower check is at Hard - 47%.

Round 5, both parties succeed again - but while Joanne's 37 roll is a healthy success, Alexandra wins the round with a 52 roll. Her attack yields 3 damage, which reduces Joanne's conflict pool to zero. With a blissful sigh, Joanne gives up and slumps into a hypnotic trance before the gloating Alexandra. Joanne will now carry out her new mistress' commands without question ...

There are some really fun extended conflict examples given - cheating at poker, chase scenes, dinner party, persuading someone. I recommend you look at this whole section. It even gives an example of quick and dirty physical combat if you don't want to go mucking about with the whole combat section.

Which, by the way, is coming up. 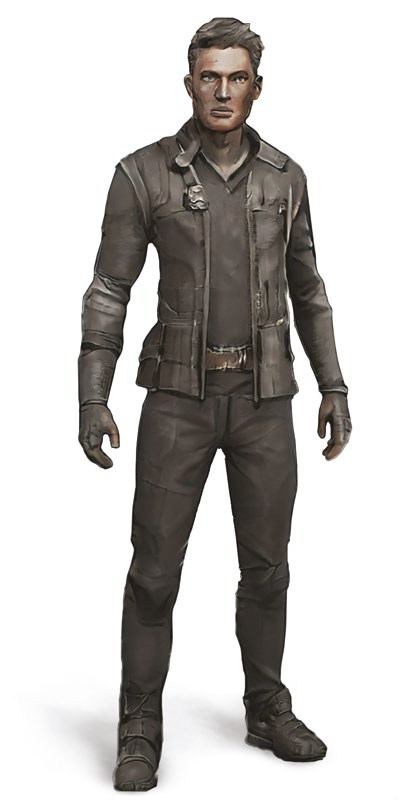 Ah, yes, the combat section. Pages 54 - 74. It should look, sound, and feel familiar to you. The rules can be found in Mythras Core Rulebook, after all.

I'm not sure what percentage of gamers head straight to the combat sections of any game book nowadays. I guess it's still significant, because this chapter takes up two whole sections, between this bit and the Simplified Combat section following from pages 75 - 77.

I must confess, I tend to gloss over the combat sections of every single roleplaying game I ever buy. There are plenty of ways to create conflict in a game other than deadly combat. Battles can have outcomes other than slaughtering or being slaughtered. I would love to see a combat section which focuses on objectives and Combat Styles other than maximising physical damage with the sole intention of killing the recipient of the character's hostilities.

Between the Extended Conflicts section, the main combat section, and the Simplified Combat section, though, M-Space delivers on its promise to offer at least three different forms of combat in its pages. More, if you count Starship Combat (next week). 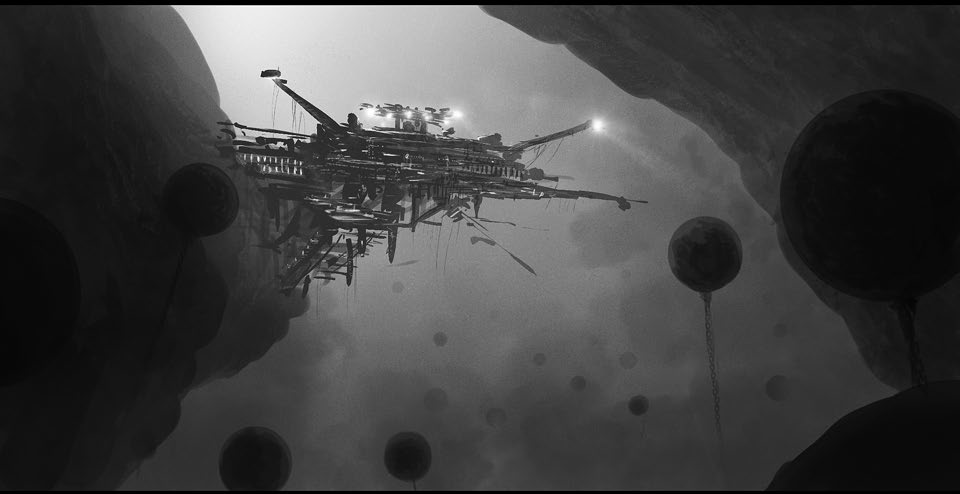 This section covers everything else which is trying to kill your characters, such as falling, fatigue, fires, and

Legal section: DO NOT complete that word!

This last section's brief. It cannot cover everything - poisons, diseases, conditions, radiation, and so on. Basically, if it causes damage, work out the Intensity, which might as well be divided into Standard, Difficult, Formidable and so on, and have your characters make Endurance checks at that level of difficulty to avoid symptoms, fatigue, points of damage, or just plain old dropping dead.

And that is it. All your personal combat needs are covered here, and a lot of other sources of damage. The rules cover an incredible diversity of situations, and it is well worth getting acquainted with them, in particular Extended Conflicts.

Next week, we focus on the M-Space rules for starships: design, combat, and advanced combat.

You know where to come. Hatches reopen in seven.