Welcome to Part 2 of this review of Frostbyte Books' M-Space. Last week's blog introduced you to the game, and specifically to the core rulebook.

Let's take our first look at the contents, starting with Characters and Game Systems. 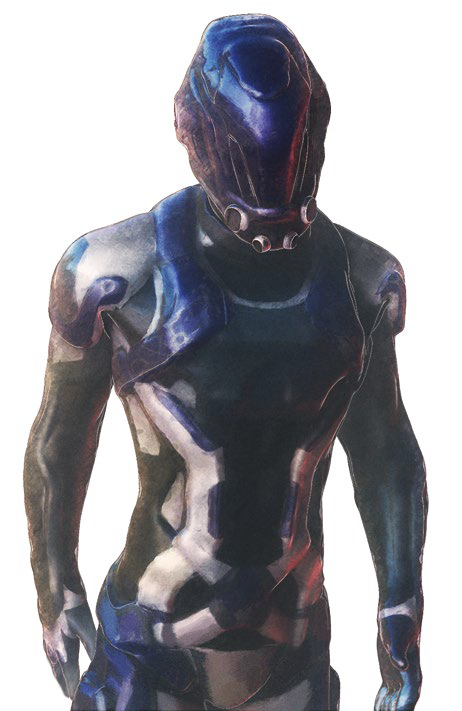 M-SPACE characters can be everything from starship pilots and bounty hunters, to journalists and librarians! All depending on what type of scenarios you want to play.

That's always promising. Characters in science fiction are so diverse. They can range from just ordinary, unskilled people (Gully Foyle from Bester's The Stars, My Destination) to diplomats, hustlers, entrepreneurs, and wanderers (Babylon 5).

Do we really need to play more paramilitary types in army boots? That's a sad thing that Traveller is all about - its legendary character generation subgame was heavily skewed towards your characters coming from some sort of pseudomilitary or paramilitary, or plain old boots and ribbons military, force. This reflected game legend Marc Miller's (praise be unto him) life, but not all of us can claim to have gone through such regimented mills.

The Characters chapter goes through the system, explaining calmly to newcomers about the crunch. This is a great way of bringing in the less experienced gamers, as well as anyone whose first roleplaying game is M-Space.

Which would be so neat.

Why do so many of these figures seem to have no faces? You're meant to imagine your face inside those helmets.

So think of a character, one who's living a life that is so different to you. And here's the thing. They are living a life. Tabletop games always present your characters to be played like game pieces - but here, as you're going through the chargen process outlined from page 9, let your minds imagine who your character is, and what life they are living, and realise what their life is like, beyond the numbers.

Character generation is fairly standardised from Mythras. You start with a character concept, roll your Characteristics, derive your Attributes, choose Standard SKills (including Combat Styles), Culture and Career, spread bonus skill points around, select your gear and equipment, and you can be good to go from there. 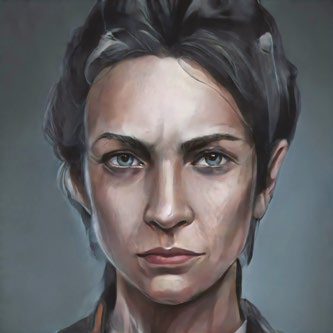 The portraits put faces to your imaginations. They are reminiscent of the output from the Artflow website.

Skills are clearly explained, pages 15 - 22. Go and pick out your character's favourite skills - the ones they are best at. They are based on your Culture and Career, and these are listed from page 23.

Traveller players, please notice the huge difference between Traveller and M-Space chargen. No Lifepath. You don't start at age bupkhes and work your way up through the ranks while avoidng mishaps and praying for promotions, commissions, and Life Event 34 where you can go and roll your psionic talents. Here, if you want your characters to start off as a Rural farmboy on a desert planet and turn into the Galaxy's super psion saviour of the galaxy, be my guest, but be notified I find your lack of imagination ... disappointing ...

Please check out those three Cultures, and all the Careers. You can choose a Career whose name is not on the list, but select the Skills spread from a Career which is - for instance, "Teacher" can use the Scientist skills set from page 225, emphasis on Teach; and your Assassin character from page 225 could replace Track with Demolitions and be more of a Terrorist type.

Page 28 is where you can have fun. Passions have been described in this blog here. But you know how science fiction has traditionally steered well away from passions. Characters fight to save worlds, galaxies, entire universes - but they never struggle to find the right emotions to feel when something weird or disappointing happens. The Luther Arkwright series dealt with passions - Luther's despair, Anne's agony, Victoria's pain in the second book Heart of Empire, the fear of the natives of the Perfidious Albion parallel in The Legend of Luther Arkwright - and every character felt some sort of passion, from the huge libidos of the protagonists to the hatred of the antagonists, from Cromwell in Book 1 to Proteus in Book 3.

Basically, everything you need to create a character and play an M-Space game are here, if all you want to do is to play a game where all you want to do is crunch some numbers. There is no Gamesmaster section in this book to describe how to roleplay, rather than rollplay - perhaps this is a weakness in the book, because Gamesmasters really should read the Gamesmastering chapter of Mythras Core Rulebook for that - but these two chapters are all that you need to create and run the characters you will be using in this game.

Next week, we're looking at Extended Conflicts, Combat (including Simplified Combat), and the Spot Rules. The week after that, we'll be looking at everything that makes this a science fiction game - pages 86 to 155, covering Starship Design and Combat, Alien Creation, and World Building.

Thought Of The Week

M-Space is a game which presents you with the opportunity to create characters who are people, not just former soldiers and combat drones. Just after completing my look through of M-Space, I'll be looking at M-Space Companion with its expanded options for player characters - options which really open out options for your characters - but this game, as it is, presents you with a great opportunity to create characters whom you can look at as persons, rather than as collections of numbers on a sheet.

Your characters are more than just "that schmoe running around shooting things with a big gun." This game allows you to create that schmoe who runs with a gang of people, putting on plays or running heists or solving scientific problems or debunking local ghosts as bad guys in rubber masks, getting into scrapes with the law, hopping from galaxy to galaxy, avoiding crooked cops and honourable crims, and carving out legends at every star they touch.