This week, following on from our look at modern Cultures, it's time to look at Careers open to player characters. 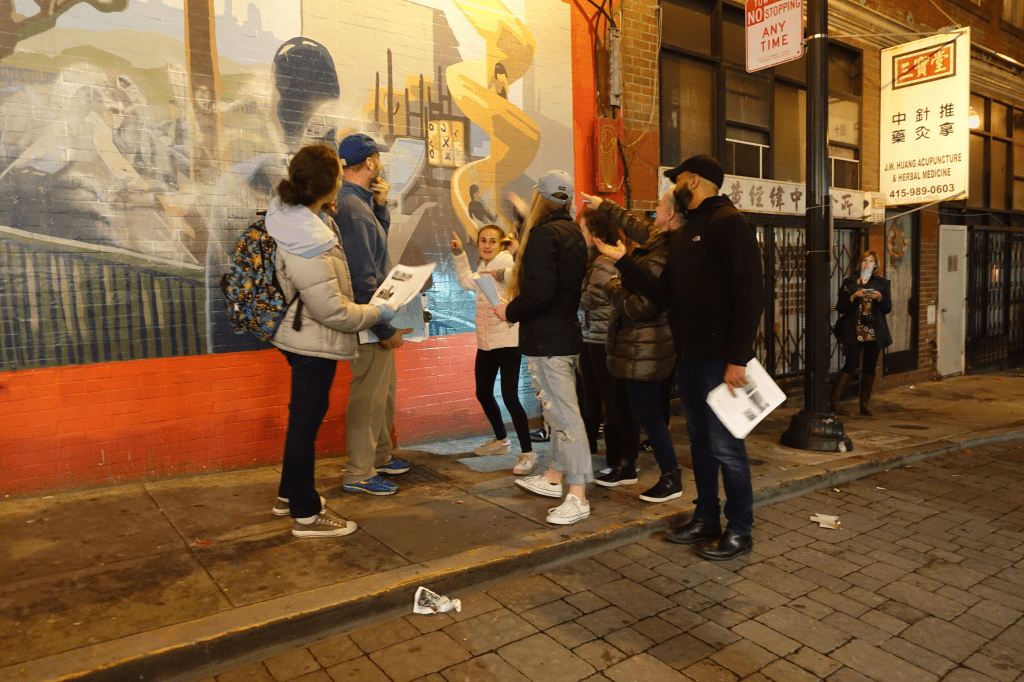 Careers are important to modern humans. Mythras approaches Careers as groups basic collections of expected skills. A farmer is likely to have Brawn, Perception, Endurance, and Track; an athlete is likely to have Athletics, possibly Acrobatics.

Careers in the modern world mean something very different. Careers, as defined in ordinary life, aren't so much collections of basic skills, but are more like ways of distinguishing your status in society. The emphasis is not so much on your skills - admit it, does anyone you know have percentage scores next to the listed skills on their resume (and how many of you have your best Combat Styles listed on those resumes either)? - as your income, your tax bracket and your social mobility options.

So with that, let's look at Careers, as they apply in Mythras, and shoehorn them into the modern game. 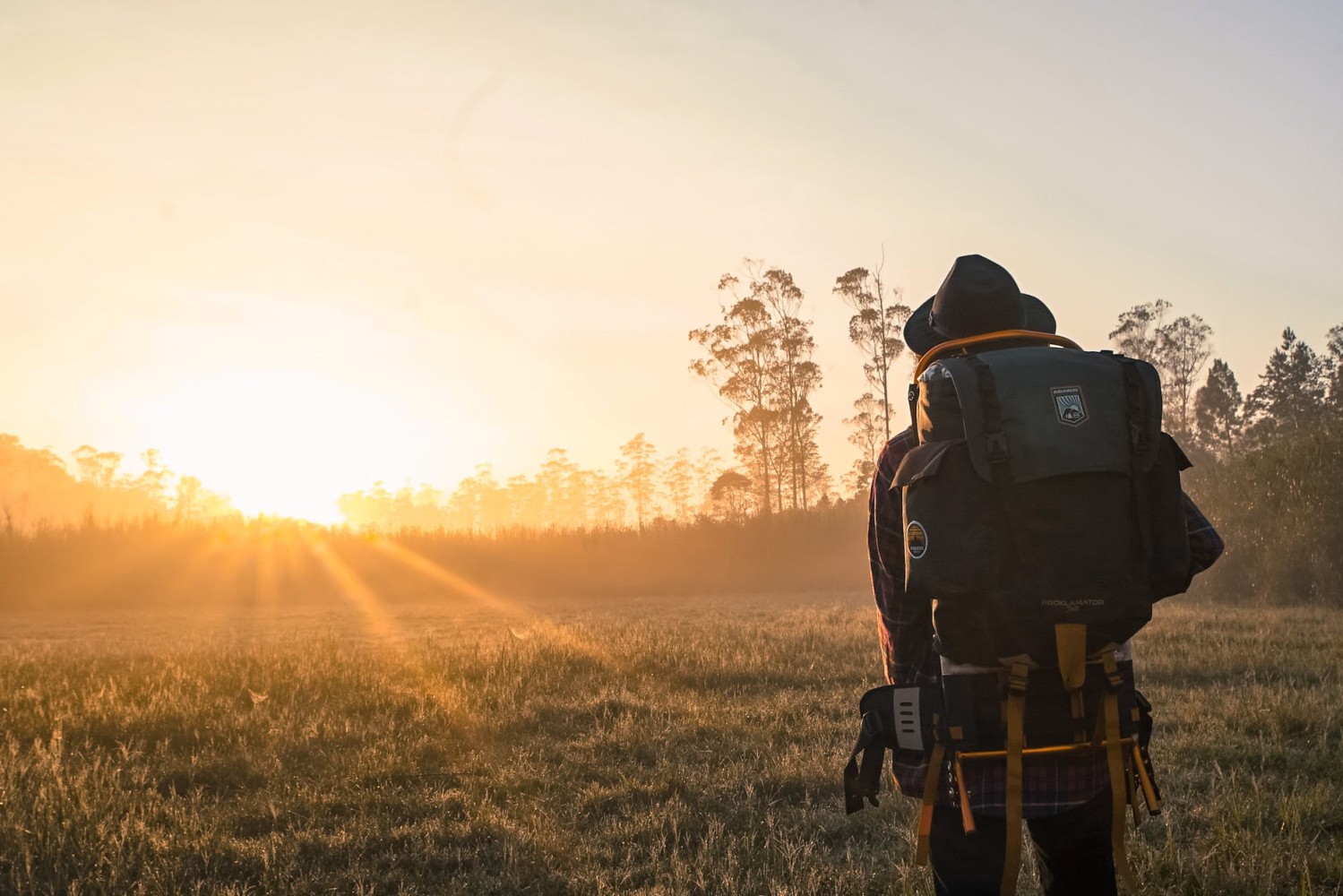 Your characters are phenomenal people. In the modern milieu, your characters' Careers basically define your background, your origins, and the resources you can bring to bear.

What you are, in the present day, is Adventurers.

Those fine people at Merrian-Webster have definitions for "Adventurer" -

1 : someone who seeks dangerous or exciting experiences : a person who looks for adventures: such as
a : soldier of fortune
b : one who engages in risky commercial enterprises for profit
2: somewhat old-fashioned : one who seeks unmerited wealth or position especially by playing on the credulity or prejudice of others

Adventurers do not necessarily fit in with their livelihoods or lifestyles. The best of the best, who focus on their income-providing real-life careers, don't generally jump into dangerous situations without giving it much thought. If trouble comes to them, they respond by backing away and inserting walls of lawyers and/or hired thugs to protect them.

Most paragons of their careers are risk-averse. When there is danger, they protect their income streams first, then their reputations, and then their status. Usually, they fall at the protecting their reputations bit - and then watch the other two go away pretty sharpish.

Adventurers put their reputations first. Your income stream and status don't mean anything if you've destroyed your reputation with an ill-chosen swearword in a public place or, worse, a well-aimed punch to the face of someone who just mocked your beloved wife.

The reputation, in the case of Adventurers, tends to be along the lines of "free-wheeling sybarite," "paradoxically-reclusive playboy," "wealthy playa," "gentleman bastard", "arriviste", "parvenue", "vixen," and "femme fatale." The less-adventurous are likely to throw epithets at such venturesome types, such as "bad boy," "wolf," "creep," and so on.

Not that the characters would notice such insults - the lioness does not turn whenever a little dog barks. 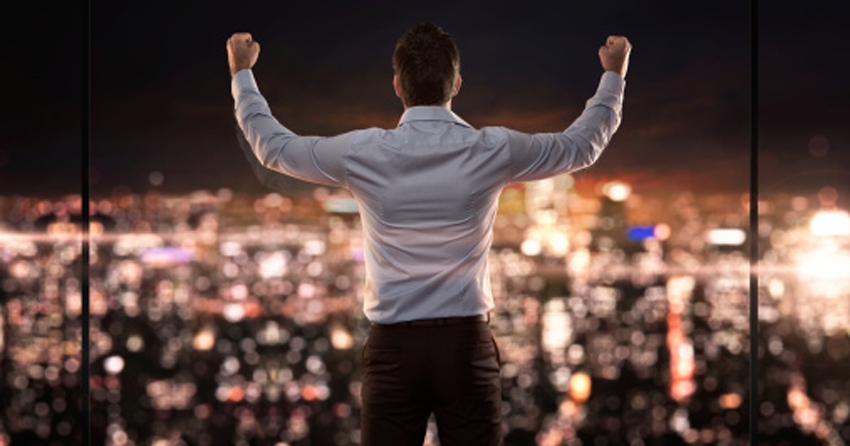 What would your characters be interested in? Those would be your Passions. Think of something your character loves doing that is part of their Career. A championship motorbike racer would love redlining their wheels to go as fast as possible. A hustler would love to go right into the thick of some social event,go right up to the most dangerous person in the room, and lie through their teeth - and have that mover and shaker believe every word.

Pick three Passions. One of those Passions must be central to your Career. This is essential. A world-leading surgeon is going to put Saving Lives as a core Passion.

It's interesting to have one negative Passion, and typically those can be along the lines of Never Get Caught, Risks Are For Cowards and Come Out On TOp, No Matter What. A favourite negative Passion for first responders and lifesavers is Be Seen To Be The Hero, and honestly this has got so many of them into trouble because it leads to top cops framing people just to keep their arrest quotas at the top of the league, medics going rogue and turning into modern day Harold Shipmans, and star athletes turning to anabolic steroids later in their careers, as their aging bodies find themselves no longer able to keep up with the competition.

Lastly, their one remaining Passion should be something which keeps dragging them away from their Careers. A high-ranking bureaucrat is hardly going to make that step from being eighteenth in line to Chief Accountant and instead embrace the life of a lion tamer ... or even a lumberjack ... unless they have a Passion which leads them away from their day job.

What Passion would so consume you that it would spirit you away to some far-flung part of the world? What Passion would have you driving through the Atacama Desert, with a dozen pings on your phone from Doreen back in Sales asking if you're coming back to work next Monday? 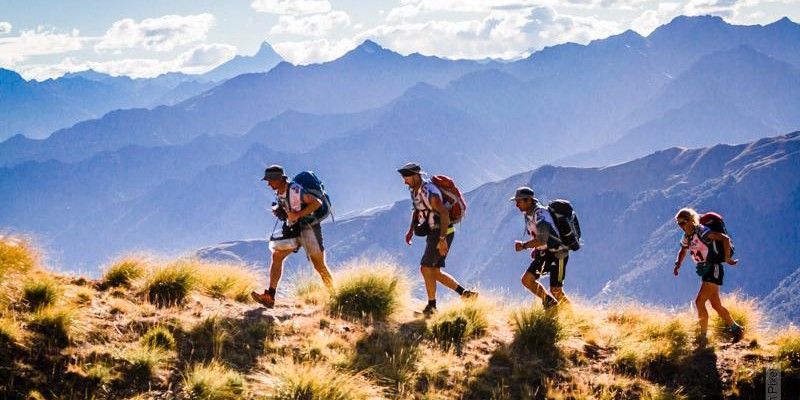 We're going to look at Skills next week; but there are a few things which need addressing here.

Modern Mythras has access to some Skills which are not in the Mythras Core Rulebook. Computers, Demolitions, Electronics, Sensors, Knowledge, and Research are right at the top of the list. Firearms turn up among the Combat Styles.

Knowledge replaces Lore, and Research augments appropriate Knowledge Skills. A character can use Research to obtain information fron amywhere: you can carry hundreds of gigabytes' worth of documents in PDF and epub form in modern phones and microSD cards, whole libraries' worth of knowledge. Nowadays, one cellphone can access, and carry, more knowledge than several Libraries of Alexandria. All at your fingertips.

We haven't touched upon magic, psionics, the supernatural, or superpowers here. Up to this point, the emphasis has been on skill-based approaches. The supernatural and weird stuff will come in later on. This is a look at the characters as skilled, competent, daring, yet all too human people. We can move on to mind reading and conjuring up storms afterwards.

I'm taking a cue from Berin Kinsman's game DoubleZero, which is a beautiful non-Mythras game system available through Lightspress Media. DoubleZero focuses strongly on skill-based adventures in the modern game, but it can be used for gaming in historical eras, or cinematic action movie settings, or even in gaming soap opera dramas with dishy doctors, hunky firefighters and lifeguards, and the sultry Girl Next Door with a reputation for using and discarding every man she sees.

For each of these Careers, only three Standard Skills and three Professional Skills will be listed. This leaves four slots open for each category to fill with Skill Points.

As usual, Customs and Native Tongue get +40% free.

This list does not cover Combat Styles. You can assume everybody here knows how to handle at least one firearm, either because they were given training as part of their job, or because they went for training for self-defence with a private firearms training instructor at some local gun range. 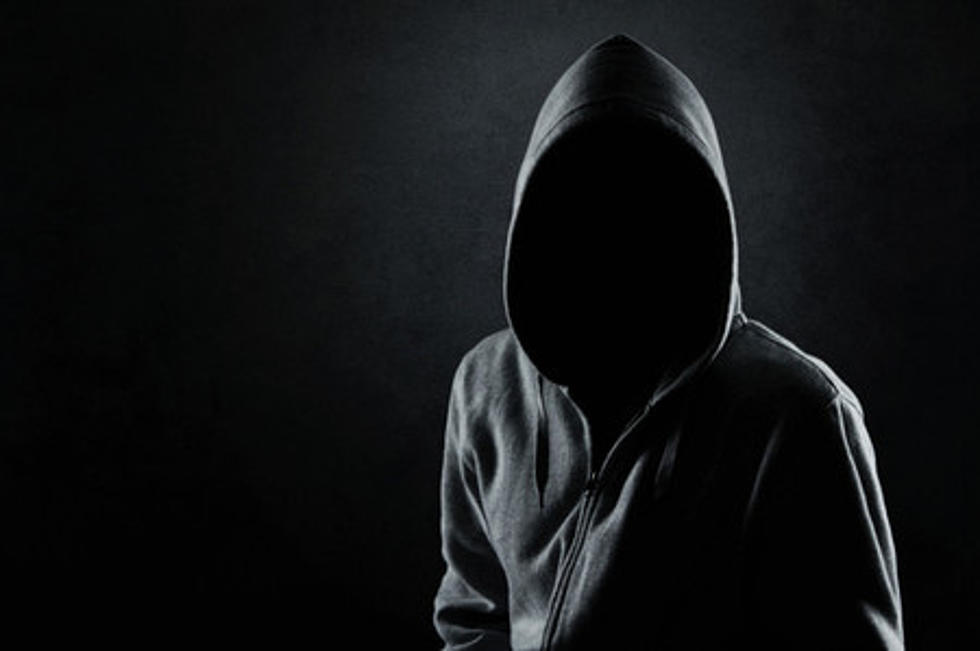 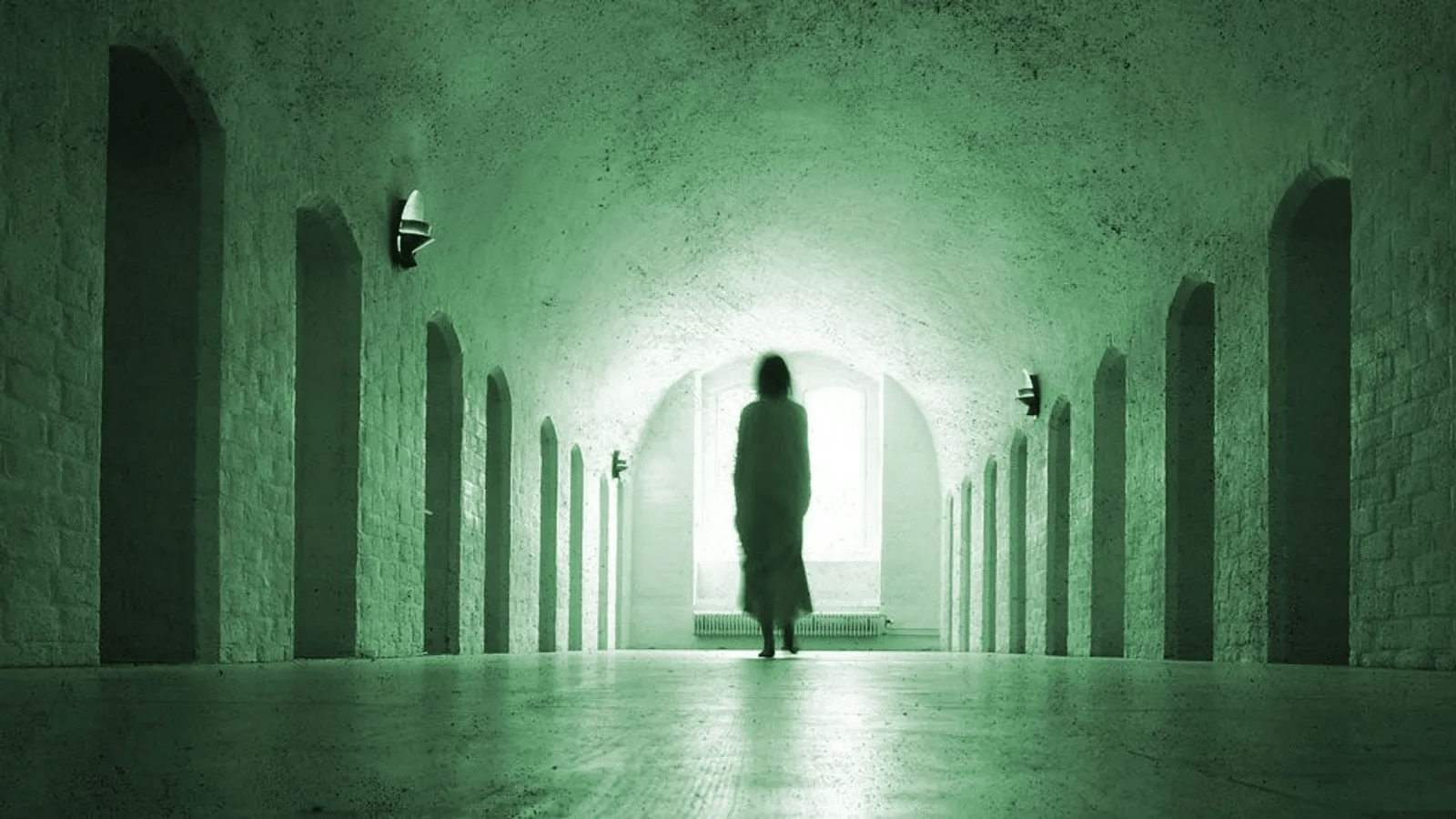 There are so many other career options. Literally every job on Earth. It's not about the actual thing you do, as such, as much as it's about how it shapes your individual approach to life. There might not be much appeal in putting a hotel receprionist through scenarios out of a Hollywood action thriller, but sometimes it can be entertaining to put such a fish-out-of-water civilian character through the wringer and see what emerges from the other side. Look at Sarah Connor at the start of The Terminator as compared to Sarah Connor towards the end of T2.

So pick a character, think of their Culture (where they grew up), and their Career (how the world sees them), and next week we'll look at those Skills. It'll be a bit on the shorter side - so many of the Skills are effectively unchanged from Mythras Core - but there are enough changes to warrant a good long look at what you'll need to play in the modern world.