In our previous posts, we've explored Cultures, and checked out Careers. So now it's time to look at the Skills.

The Skills chapter of Mythras Core pretty much covers everything you need to know about using those Skills - difficulty levels, augmentation, trying again, opposing skill checks, and so on. If you want to brush up on the basic rules on rolling skills checks, begin with Mythras Core Rulebook, pages 37-38, then pages 50-52.

If the skill check is a Critical Success, add +1 to the critical range value. An ordinary success doesn't do anything. A normal failure deducts -1, and a fumble reduces the critical value by -2. So if the above Hard skill check gave a Critical Success, the value would be 6; a nomal success would yield a value of 5; a normal failure would give a 4; and a fumble would give a 3.

Some skill checks will yield unique answers (e.g. magic rolls), and fumbles could produce unwanted results despite the character's success, but in general the player should compare the final figure with this table below.

These could be the equivalent of Enhancements (page 66 of Mythras), little flourishes added to the character's skill check.

A lot of characters have high to very high skill percentages, and it is highly unlikely, even with a fumble on a Herculean roll, that they would roll a zero or below on the above table; but even with a positive result, Grandmasters could still face some sorts of complications resulting from a fumble, even if they do land - literally - on their feet.

This new type of skill check ensures that (a) a fumble on a critical skill check becomes unlikely to kill the character, even if it is a dangerous, high-risk skill check and their base skill level is very small; and (b) even a Grandmaster can still make humiliating mistakes, even with all the odds stacked in their favour.

Use this kind of test when your character is faced with a skill test such as Athletics to parkour across a gap between two rooftops, Explosives to defuse a bomb, even Seduction to make a move on the Ambassador's wayward daughter. Anything with a life-or-death outcome. 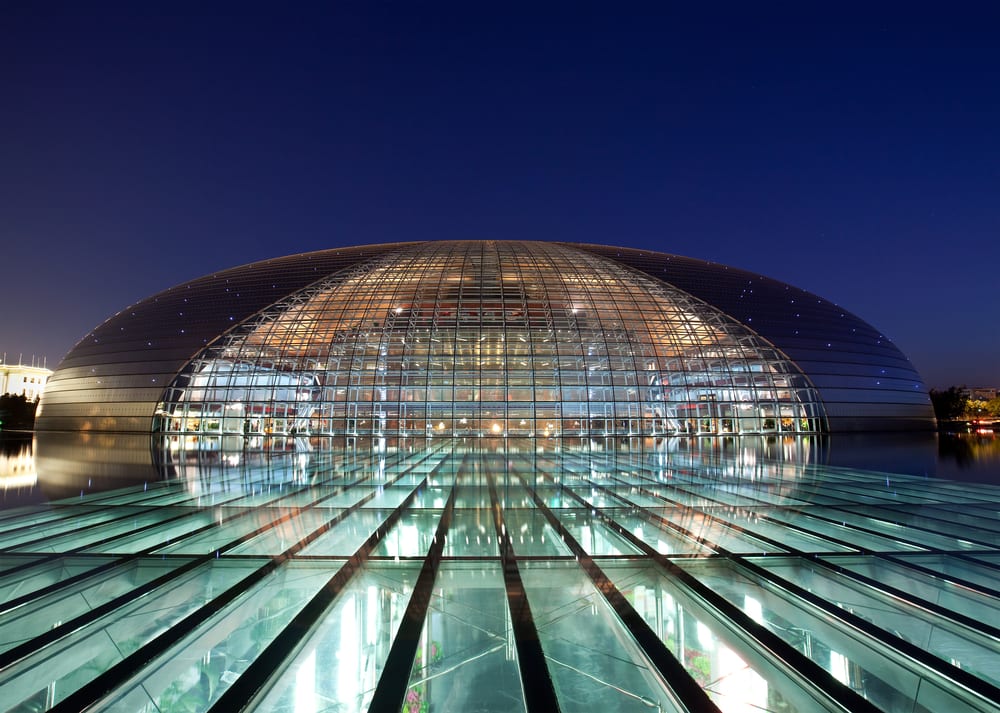 A character's Standard and Professional Skills are very much a product of their Culture and Career. It's entirely likely that even the most isolated of characters are going to have a very different spread of Standard Skills to the list given in Mythras. That is due to the very different Cultural expectations of modern characters.

The different spreads of Standard Skills are due to the prevalence of bureaucracies in pretty much every modern state. From buying groceries to purchasing real estate, everything leaves behind a data trail, and Bureaucracy is the fine art of getting access to those data trails, whether to track people down or to make life miserable for them.

The same deal goes for Computers - everybody has one nowadays, and they make and receive calls, take photos, post to social media, and create all kinds of documents detailing every aspect of their lives, from the number of hours they sleep at night to their pulse and blood sugar levels, to things like pictures of their cats, videos of police atrocities, and sex tapes. Many people run their entire businesses and lives through their mobile phones, and it makes sense to at least have Computers as a Standard Skill, even if they only know how to open apps with that skill.

Locale has been swapped out for Streetwise for Urban and Suburban Cultures, simply because the likelihood of someone from a thoroughly-urbanised 'hood knowing the difference between wild belladonna and a patch of nettles is very low, as compared to them reading the street for signs of brewing trouble. Locale has been left in for Rural Cultures, as have Ride and Boating - though some Cultures come from locations where Boating is more prevalent than either Ride or Drive (such as coastal regions) and some Rural Cultures might swap Pilot for Boating, e.g. locations with great expanses of wilderness such as Australia's Outback.

First Aid is likewise missing from the Urban and Suburban lists. If your character's concept is First Responder (paramedic, Doctor, other kind of health care official, lifeguard, mountain rescue, lifeboat crew and so on) you can leave in First Aid as a Standard Skill. Swap it out for Streetwise, if you like, unless your character is running a criminal sideline in dealing to make money. 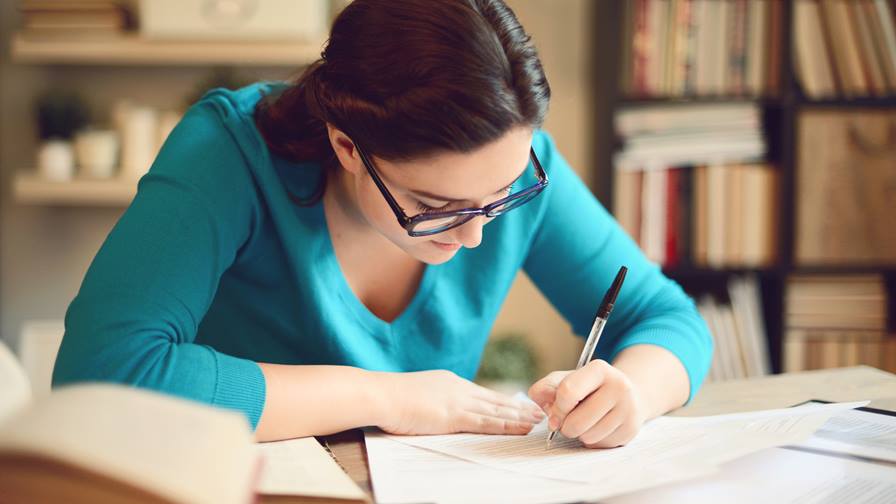 There are a lot of changes from Mythras Core.

Bureaucracy - a Professional Skill only to Rural Cultures; a Standard Skill to Urban and Suburban Cultures. Practically mandatory for anyone who works within The System, whether they are bureaucrats, law enforcement, military and so on.
Computers - likewise, a Professional Skill only to characters who come from any Rural Cultures, particularly the Off The Grid Subculture. If you need to hack a system, you'll need Computers.
Electronics - as for Mechanic Skill, but specifically for repairs and electronics of all kinds, rarher than physical items - that's the province of Mechanic, below. You'll need this skill to defeat electronic security systems, alarms, laser tripwires and so on.
Explosives - the ability to plant, analyse, and defuse explosive devices.
Forgery - the skill of creating not only fake identification devices such as cards, cloned phones and so on, but also the ability to create a convincing paper trail, and even to manipulate and doctor audiovisual media, from social media photos to audiovisual evidence of UFOs.
Knowledge (specialised subject) - A new Skill, replaces Lore. Represents the depths of a character's personal knowledge about a particular subject (the specialised subject).
Language - There is no separate Literacy skill here. The rise of Babble and Duolingo makes it virtually impossible not to learn a language's written form at the same time as the spoken form.
Locale - listed as a Professional Skill only to Urban and Suburban Cultures. Remains a Standard Skill to all Rural Cultures and Subcultures.
Mechanic - Replaces Mechanisms skill, but retains the same functions.
Medicine - Represents one's personal knowledge of healing and long-term treatment of illness, injuries, and wounds. Includes surgery and surgical medicine. More modern than Healing in Mythras Core, because this SKill can be used for more advanced medical and surgical procedures than simple poultices, bloodletting, trepanation, and application of leeches.
Meditation - The only magical skill included in this list, Meditation allows a character to double their recovery from fatigue, lost Prana Points - see the post on Magic - and Tenacity. It can also augment Endurance and Willpower checks.
Research - An all-new skill. Represents the ability to dig through non-bureaucratic records (which requires Bureaucracy) to come up with information. Can be used to augment Bureaucracy, Knowledge, and Science checks.
Ride - this is a Professional Skill only to Urban and Suburban Cultures and their Subcultures.
Science (specific science) - An all-new skill. Represents knowledge within the specified field of Science, e.g. Mathematics, Biology, Physics, Chemistry, Zoology, Botany, Organic Chemistry, Pathology, and so on.
Streetwise - Only a Professional Skill to characters from any of the Rural Subcultures or the Rural Culture itself.

All The Skill In The World

These skills lists describe the character's occupational strengths - the skills they are best at, and weaknesses - the ones with the lowest values. They don't necessarily point to the character's personality, only to their skill strong points. Rather, the character is the sum of their Culture, their Career, their Skills, their Passions, and their Backgrounds - plus whatever touches are given to them by the player.

This look at Modern Mythras Skills does not take into account two sets of skills: Combat Styles, and Magic Skills. These will be covered in the last two posts from this blog for 2022, before I take a break.